What does Ayala Land have planned for 2021?

Ayala Land will look for new opportunities in 2021 using the cash it earned from selling The 30th to AREIT to fund these plans. The developer will launch as many as seven new commercial projects this year while also looking for land plots in Cavite, Pampanga and Tarlac.

“Ayala Land intends to use proceeds received from the sale of The 30th to AREIT to fund ongoing and future investments in real estate properties in Metro Manila and other key regions in the Philippines, which Ayala Land may undertake on its own or through other subsidiaries,” Ayala Land reportedly told Manila Standard.

REIT rules require developers that profit from selling projects to them must reinvest that money within one year from the sale. Ayala Land launched AREIT last year and it was the country’s first real estate investment trust.

Plans call for Ayala Land to launch a five-story mall in Pasig City as well as a five-story regional mall in Makati sometime this year. In Cebu, the developer revealed it will bring a four-level retail project along with a nine-story office tower to the market. Details for the other three commercial projects have not released.

Expanding its landbank is another priority for the developer in 2020. Ayala told the media that it is looking to acquire new plots in Cavite, Tarlac and Pampanga over the next few months.

Looking at the Philippine real estate market as a whole, the developer believes the situation will improve this year. It plans on launching new projects in line with the reopening of the country’s economy.

“We anticipate favorable developments moving forward as the reopening of the economy gains traction and have started to introduce new product inventory in our estates,” Ayala Land President and Chief Executive Bernard Vincent Dy was quoted by the newspaper as saying.

What does Ayala Land have planned for 2021? 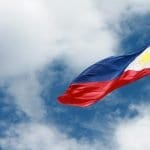